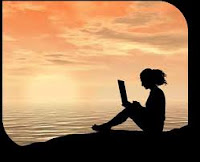 The Georgia Institute of Technology announced a partnership with Udacity, a 15-month-old Silicon Valley firm, to offer an online Masters Degree in Computer Science for $7,000 (this is 80% less than the $40,000 cost for its on-campus program). The partners will split the revenue from the on-line program, 60% - George Tech and 40% - Udacity.

Separately, when U.S. President Obama announced a plan to link college financial aid to student performance, he also said, “universities like Carnegie Mellon, Arizona State, they’re starting to show that online learning can help students master the same material in less time and often at lower cost. Georgia Tech, which is a national leader in computer science, just announced it will begin offering an online master’s degree in computer science at a fraction of the cost of a traditional class, but it’s just as rigorous and it’s producing engineers who are just as good.”

With educational costs increasingly unmanageable for many students, on-line solutions may provide an attractive alternative. While some early results have been mixed, this market is still at an early stage of development. While some one-size fits approaches may be successful, it is likely that as the needs and expectations of schools, faculty and student are better understood, a broad diversity of more localized and hybrid solutions may emerge.
Posted by Paul Dravis at 7:00 AM
Email ThisBlogThis!Share to TwitterShare to FacebookShare to Pinterest
Labels: education, Weekly Note