"Where Have All the Good Jobs Gone?" 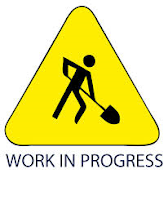 Last Friday, the U.S. Bureau of Bureau of Labor Statistics said 169,000 jobs were added during August (economists expected 180,000), with growth primarily in part-time and lower paying jobs. In addition, the unemployment rate fell to 7.3%, down from 7.4% in July, with the decline mostly a result of 312,000 people dropping out of the workforce. Notably, the labor-force participation rate declined to 63.2%, the lowest since August 1978. (This rate measures Americans employed or looking for work).

After these results, the following comments from “Where have all the good jobs gone?”, a July 2012 report from the Center for Economic and Policy Research, are worth considering:
MY TAKE

As the U.S. economy continues to heal (although in an uneven fashion), Friday’s employment report suggests that challenges remain. The observations from the Center for Economic Research should be included along with other factors contributing to a potential long-term structural change. Based on the weakness of the jobs report, speculation about a continuation of the U.S. Federal Reserve's stimulus efforts may increase. Expect more market swings.

Posted by Paul Dravis at 7:00 AM
Email ThisBlogThis!Share to TwitterShare to FacebookShare to Pinterest
Labels: unemployment, US Economy, Weekly Note