A Shutdown, a Showdown and Global Transitions 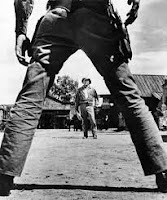 After the U.S. Congress failed to pass a budget, many “non-essential” government services were shut down.  A core issue tied to the budget showdown is the Affordable Care Act (aka Obamacare) which was passed by Congress during 2010 and ruled constitutional by the U.S. Supreme Court on June 28, 2012.
(Note: There have been 17 Federal government shutdowns since 1976. The most recent, during 1995-96, lasted 28 days.)

Separately, Managing Director Christine Lagarde of the International Monetary Fund (IMF) said, during a presentation at George Washington University,”Five years ago, the global economy avoided a second Great Depression. Five years on, the journey is not yet complete, but the fog of crisis is lifting—and we can see that its aftermath leaves us with multiple new transitions….Two in particular stand out: a transition in the patterns of economic growth, and a transition toward a different kind of financial sector. In each of the two major transitions…the international community faces a common challenge: to make sure that all can gain from globalization and prosper in our increasingly interconnected world….The global financial crisis has shaken the faith of many in the virtues of being open and engaged with the world. Managing these transitions well is the best way to demonstrate the benefits of interconnectedness—through trade, well-regulated finance, and more equitable growth.”

Posted by Paul Dravis at 7:00 AM
Email ThisBlogThis!Share to TwitterShare to FacebookShare to Pinterest
Labels: Global Markets, US Economy, Weekly Note