A "Space Oddity" for the Holiday Season

Year end is a great time to reflect on the past, consider the future and review many best of 2013 lists.

"Space Oddity", filmed in the International Space Station, is one of my favorite 2013 videos and provides a unique perspective on our collective journey.  David Bowie said it was “possibly the most poignant version of the song ever created.”

Enjoy the video and have a great holiday season!

Pope Francis and the Global Economy

When Pope Francis was named Time magazine’s “Person of the Year”, focus increased on his recent comments including:

MY TAKE
Posted by Unknown at 7:00 AM No comments:
Email ThisBlogThis!Share to TwitterShare to FacebookShare to Pinterest
Labels: Global Markets, globalization, Pope Francis, Weekly Note 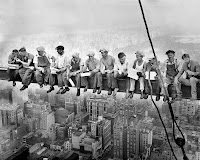 Last week, amid several positive economic reports in the U.S., thousands of fast-food workers protested their minimum wage pay - some chanted, “We can’t survive on $7.25” hoping for significant increases.  Note: while these workers are not unionized, the Service Employees International Union, with about 2 million members in the health care, janitorial and other industries, provided support for the protestor’s efforts.
MY TAKE
Posted by Unknown at 7:00 AM No comments:
Email ThisBlogThis!Share to TwitterShare to FacebookShare to Pinterest
Labels: Amazon, Apple, Bruce Springsteen, Drones, Fast Food workers, Google, Weekly Note

Bitcoin Tumbles after News from the China Government and Baidu

Bitcoin’s price fell sharply this week after the Chinese government said it would restrict its use by banks. This action also resulted in Baidu announcing it would no longer accept Bitcoins for payments.  The current price is $722, down from $1,207 last week. However, a Bank of America strategist said Bitcoin’s “fair value” is $1,300.

Posted by Unknown at 8:06 PM No comments:
Email ThisBlogThis!Share to TwitterShare to FacebookShare to Pinterest
Labels: Baidu, Bank of America, BitCoin, China

David Simon, creator of "The Wire", discusses the divide between rich and poor in America and how capitalism has lost sight of its social compact.

A thought provoking discussion about  some problems facing the U.S by David Simon, a journalist, author, and creator of The Wire,  Treme and other TV programs.

David's presentation is about 30 minutes (which starts after a 2 minute introduction).  The presentation is followed by an interview and Q&A session . The event took place at the Sydney Opera House (Nov 2013).


Click here for text excerpts from the speech.
Posted by Unknown at 5:45 PM No comments:
Email ThisBlogThis!Share to TwitterShare to FacebookShare to Pinterest
Labels: US Economy, Video

The comments below are among the diverse views for investors to consider.
MY TAKE