"Downton Abbey" Economy in the USA

MY TAKE
These comments reinforce widely held views about today’s economic reality. Questions to consider include:
Posted by Unknown at 9:29 AM No comments:
Email ThisBlogThis!Share to TwitterShare to FacebookShare to Pinterest
Labels: Larry Summers, Weekly Note

MY TAKE
Posted by Unknown at 9:37 AM No comments:
Email ThisBlogThis!Share to TwitterShare to FacebookShare to Pinterest
Labels: Eurozone, Janet Yellen, US Economy, Weekly Note

A month ago, investors were shocked when the U.S. Bureau of Labor Statistics (BLS) reported that 74,000 jobs were added during December, significantly below economists' estimates of about 197,000. This past Friday, BLS reported that 113,000 jobs were added in January, below expectation for 180,000.  Also, the unemployment rate dropped to 6.6%, down from 6.7% in December and the labor-force participation rate improved slightly, to 63.0%.  Sectors with the best improvement weremanufacturing and construction, up 21,000 and 48,000 jobs respectively, while sectors declining the most were the government - down 29,000 and retail - down 13,000. As the Winter Olympics started in Sochi, Russia; Russia’s government clarified its view on Bitcoin and other alternative currencies saying that “Russia’s official currency is the ruble. The introduction of other types of currencies and the issue of money surrogates are banned”.  Separately, following speculation that the U.S. Postal Service might implement digital currency transaction services to help boost revenue, Joseph Corbett, its financial officer said “At the moment, we have no current plans to be involved in that market,” but that the agency would “continue to look at it.” Postmaster General Patrick Donahoe said, “As we’ve
MY TAKE

Posted by Unknown at 9:51 AM No comments:
Email ThisBlogThis!Share to TwitterShare to FacebookShare to Pinterest
Labels: BitCoin, Digital Currencies, Russia, unemployment, US Economy, Weekly Note

Bitcoin, Digital Currency and the Internet of Money: Innovations in Global Commerce 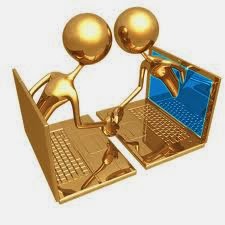 Click here to access the full report, which includes a history of currency, “Bitcoin 101: A Few Basics”, initiatives by global regulators, a timeline of notable events, firms developing digital currency products and services, and innovations supporting the development of the “Internet of Money”.

“Virtual currency could ultimately have a number of benefits for our financial system. It could force the traditional payments community to “up its game” in terms of the speed, affordability, and reliability of financial transactions. I think many consumers – myself included – are perplexed that, in a world where information travels around the globe in a matter of milliseconds, it can often take several days to transfer money to a friend’s bank account.” Benjamin Lawsky, New York State Superintendent of Financial Services Virtual Currency Hearings, January 28-29, 2014 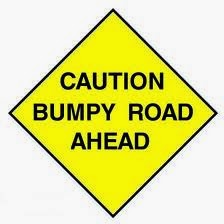 In addition, China’s Purchasing Managers Index (PMI) declined to 50.5 in January, down from 51.0 in December, suggesting that its economy may be stagnating. Note: A PMI drop below 50 suggests economic contraction.

In the U.S., the Department of Commerce reported that the economy grew at an annual rate of 3.2% during the fourth quarter of 2013, driven by consumer spending, and the Federal Reserve reported that it would continue to reduce its stimulus efforts.